The remark from Sen. Chuck Schumer (D-NY), the minority leader, came as he expressed his reservations about an upcoming one-on-one meeting between Trump and Russian President Vladimir Putin.

"It's even worse for him to meet with a very, very clever, out for himself man like President Putin alone. And I am very much afraid what he would give away without any advisers to keep him in check," he added.

Trump and Kim held a historic summit in Singapore on June 12 and each committed to the "complete denuclearization" of the Korean Peninsula in exchange for U.S. security guarantees.

Schumer added to the charge among critics that Trump gave away too much, such as the suspension of joint South Korea-U.S. military exercises condemned by Pyongyang as an invasion rehearsal, in return for a vague promise to dismantle the regime's nuclear weapons program. 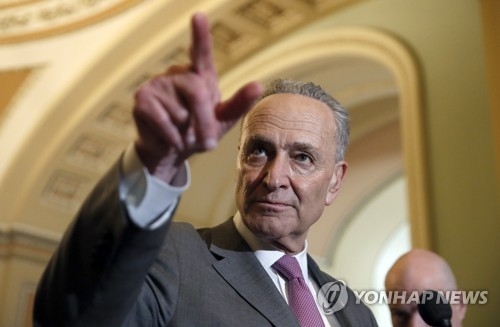