The 5.9 percent gain is slightly lower than the 10-month high of a 6.2 percent on-year increase tallied in February, but higher than last month's 5.7 percent.

The growth rate of the M2 had been on a steady decline since April last year but made a turnaround after hitting a four-year low of 4.6 percent in August. It has remained at a modestly high level of over 5 percent since the beginning of 2018.

From a month earlier, the money supply edged up 0.5 percent in May, the BOK added.

The central bank said increased corporate credit has led to a pickup in the money supply since the latter half of last year. 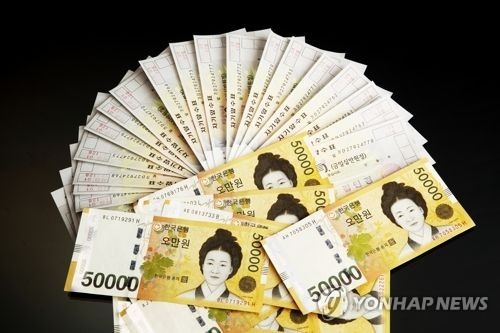 Growth of S. Korea's money supply accelerates in May

Growth of S. Korea's money supply accelerates in May