The country's outbound shipments reached US$14 billion in the July 1-10 period, according to the data from the Korea Customs Service.

By product, outbound shipments of semiconductors surged 47.6 percent, with those of autos rising 27.9 percent. Exports of petrochemical goods climbed 63.1 percent.

On the other hand, ship exports plunged 94.7 percent, the latest numbers showed.

Exports to China, the United States and the European Union shot up 42.7 percent, 32.2 percent and 42.1 percent on-year, respectively.

Imports advanced 19.3 percent to $14.9 billion, resulting in a trade deficit of around $889 million. 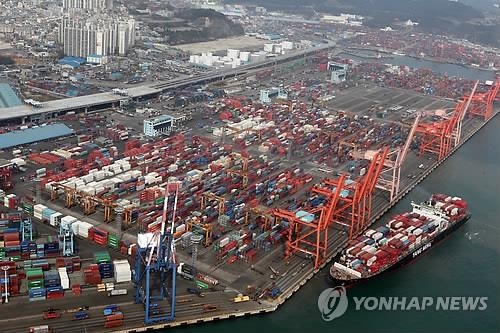