SEOUL, July 11 (Yonhap) -- "Mr. Sunshine," one of the most eagerly anticipated television series of this year, got off to a strong start by ranking on No. 3 on the weekly TV chart, data showed Wednesday.

The epic drama, which depicts the lives of unsung heroes of the national independence movement in the early 1900s Joseon Dynasty, recorded a score of 235.4 on the weekly Content Power Index (CPI) for July 2-8.

Written by Kim Eun-sook of two hugely successful television series, "Descendants of the Sun" and "Guardian: The Lonely and Great God," the series created a buzz in the Korean entertainment industry from the early stage of production for its big budget, interesting plot and A-list actor Lee Byung-hun's first TV appearance in nine years. No less importantly, producer Lee Eung-bok, who made the aforementioned two dramas, directs Kim's latest scenario. 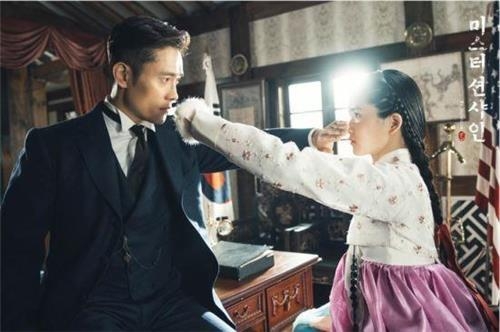 The first two episodes, aired last weekend, showed how the two protagonists have become who they are now -- Choi Yoo-jin, a son of a servant family who flees Joseon following the death of his parents and returns as American Captain Eugene Choi of the U.S. Marine Corps (played by Lee), and Ko Ae-shin, a daughter of a nobleman fighting against Japanese invaders, as her parents did. 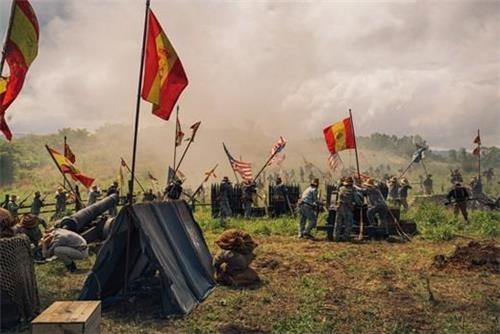 In a press event held prior to its July 7 premiere, the director said, "There are many dramas set in the 1930s when the Japanese occupation of Korea was in full swing. But there weren't many dramas -- or historical documents for that matter -- about the early 1900s when people struggled to protect the country from an impending invasion by Japan." Japan occupied Korea from 1910 to 1945.

"We want to talk about the people of that period ... Most nations have their own story about modernization and invasions by outside forces. So the story has universal appeal," he said when asked if overseas audiences, who can watch it on Netflix, could connect with the Korean period drama.

'Mr. Sunshine' impresses audiences, debuts at No. 3 on TV chart

'Mr. Sunshine' impresses audiences, debuts at No. 3 on TV chart