Shinsegae Chosun Hotel Inc., the accommodation arm of retail giant Shinsegae Group, plans to open a boutique hotel with its own brand L'Escape in downtown Seoul on July 19.

The new hotel, with 204 rooms of 10 types, was designed under the concept of a "Parisian Escape in the heart of Seoul" in collaboration with French interior designer Jacques Garcia.

It will mark the business group's first operation of an independent brand hotel, which Shinsegae Group Vice Chairman Chung Yong-jin has been actively pushing for. Shinsegae Chosun Hotel currently runs Westin Chosun hotels in Seoul and Busan, along with Four Points by Sheraton in the capital.

Shinsegae Co., the department store arm of the group, is also slated to open JW Marriott Hotel in Seoul next month after eight months of renovation.

Shinsegae is not alone. SK Networks Co., the trading and hotel unit under SK Group, plans to launch a compact hotel in the southern port city of Yeosu on Aug. 1 in an effort to strengthen its hotel business.

The opening comes as its two capsule hotels at Incheon International Airport, the main gateway to South Korea, have been gaining popularity among travelers. 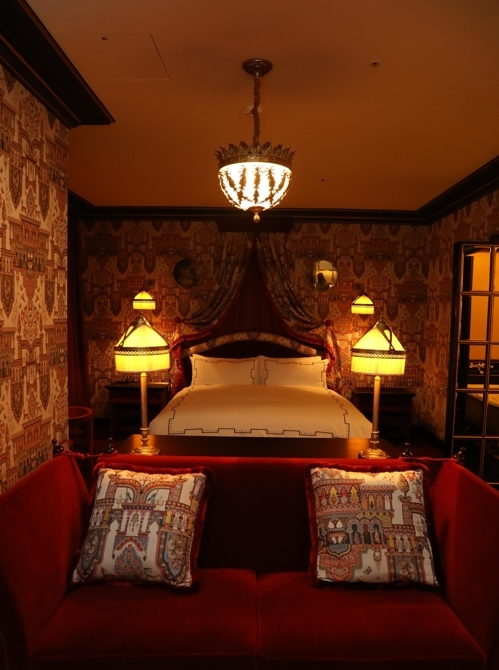 Walkerhill Hotel & Resort, the accommodation chain run by SK Networks, has been expanding its business after severing a business tie-up with Sheraton and launching an independent brand.

Hotel Shilla Co., the accommodation unit of South Korea's top conglomerate Samsung Group, is pressing ahead with a plan to build a hotel in the traditional Korean style of hanok in central Seoul.

Food and entertainment giant CJ Group is considering building a hotel in K-Culture Valley in Goyang, just northwest of Seoul, that would also house a shopping mall, a theme park and a concert hall.

The group has yet to decide whether to construct an independent brand hotel or commission a global industry player to operate the envisioned hotel.

Industry watchers said the conglomerates greater push for hotel businesses is in line with their strategies to bolster business areas or burnish their corporate images.

"Local conglomerates appear to be goosing up their hotel operations in an effort to make their flagship businesses more luxurious or create synergies," an industry source said.

Others voiced concern over excessive competition, saying it is difficult to generate hefty earnings in the already saturated hotel market in South Korea.
(END)