Outstanding household loans from banks came to 791.8 trillion won (US$706 billion) as of the end of last month, up 5 trillion won from the previous month, according to the data from the Bank of Korea.

The on-month gain was the smallest on-month growth since March, when bank lending rose 4.3 trillion won.

Home-backed mortgages climbed by 3.2 trillion won on-month to 584.6 trillion won last month, widening from a 2.9 trillion-won gain in May.

Meanwhile, non-mortgage loans, including lending through overdraft lines of credit, gained 1.8 trillion won on-month to 206.3 trillion won in June, falling slightly from a 2.4 trillion-won expansion tallied in the previous month.

The BOK explained that demand for money to use during the spring vacation period soared in May but dropped in June.

It also said the growth pace of household lending seems to have returned to the average level before a real estate boom in 2015-16 thanks to a series of measures to raise borrowing costs and tighten mortgage rules for owners of multiple homes. 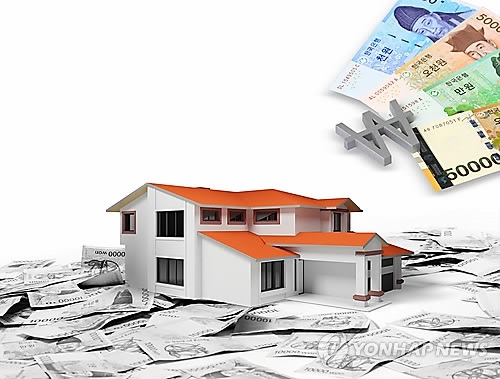