Foreigners offloaded US$640 million worth of local shares last month, up from a net $350 million selling tallied in May, according to the Bank of Korea (BOK).

They have steadily remained net sellers since April when they dumped $2.04 billion on the South Korean stock market.

On the bond market, however, offshore investors bought $1.91 billion worth of assets in South Korea, slightly down from $3.05 billion in the previous month. They have stayed net buyers since January.

In total, foreigners purchased a net $1.26 billion worth in the local equity market last month.

On average, the Korean won posted 5.2 won in daily value changes against the U.S. greenback last month, up from 3.6 won in May. 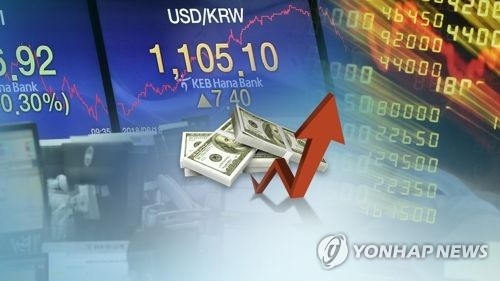