In 2009, the defendant surnamed Kim opened the secret two-story nude pension for naturists in the remote mountainous village of Bongyang, Jecheon, about 105 km southwest of Seoul. He had to shut it down later due to strong protests by angry villagers who asserted it hurts villagers' emotions, but he reopened it last year. 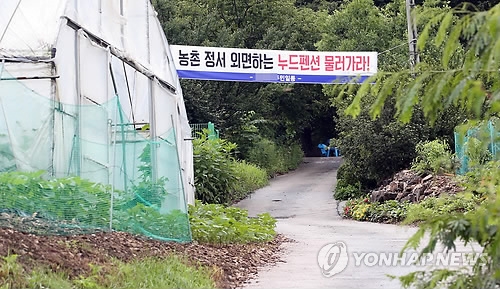 He was accused of having run the pension for profit without an administrative permit by receiving an annual membership fee of 240,000 won (US$214.40) from member nudists, while providing them with places for swimming, sunbathing and badminton.

The prosecution said Kim breached the public health law as he was essentially running an accommodations business.

The prosecution also applied the amusement business restriction law to him, saying he marred morals by allowing the nudity of his members at the public place. In South Korea, nudism is not illegal, but nudity in public is punishable.

Last year, the health ministry also termed the operation of the pension as a lodging business and not a business for community activities.

In handing down the not guilty verdict, however, Judge Ha Jung-woo of the Jecheon District Court said, "It's difficult to prove that Kim had received entry and membership fees for business profits."

The prosecution immediately appealed the decision.

Meanwhile, Kim disposed of the pension amid social uproar.
(END)