The newly remodeled outlet is designed to accommodate the needs of consumers who seek low-priced products in large quantities, as well as those who prefer small, packaged items, the company said.

"We have already opened these Homeplus Special stores in Daegu and Busan and have received positive responses from our consumers," Homeplus CEO Lim Il-soon said during a press conference in Seoul.

As the first "hybrid type" supermarket in the capital region, Homeplus said it aims to attract consumers from western Seoul as well as those from its surrounding cities.

The company will open the new outlet on Thursday, with a plan to shift up to 20 of its existing stores throughout the country to the new model by the end of this year.

Homeplus, owned by the Seoul-based private equity fund MBK Partners Ltd., is South Korea's No. 2 hypermarket with 142 outlets across the country after E-Mart Inc., which is run by retail giant Shinsegae.

Homeplus generated 7.9 trillion won (US$7 billion) in sales last year, according to the company. 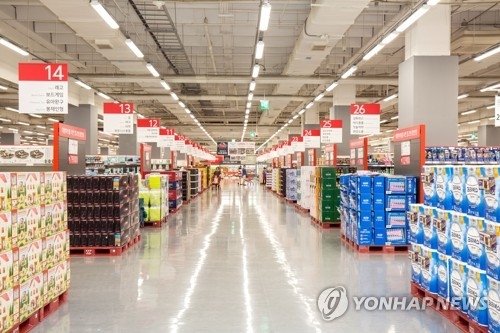