SEOUL, July 11 (Yonhap) -- What would you do if your eyes met a killer's who had just killed somebody outside your apartment building?

In director Cho Kyu-jang's crime thriller "The Witness," Sang-hoon (Lee Sung-min), an ordinary company worker, witnesses a murder when he goes out on the balcony of his home upon hearing a loud scream at dawn. At the very moment that he is about to call the police, his eyes meet the killer's as he is counting the floors of the apartment building with his index finger to know where Sang-hoon lives.

Sang-hoon is so startled that he instantly turns off the lights and catches his breath for some time. The following day, police begin investigating the case and try to find possible witnesses of the murder case that happened in the front yard of the apartment complex. 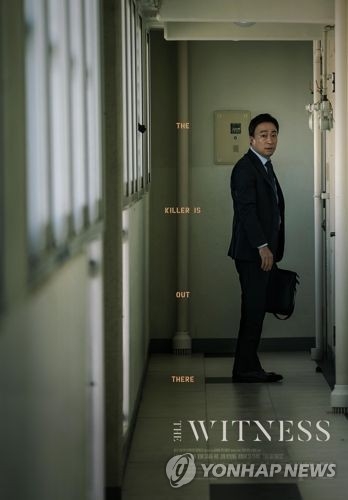 But Sang-hoon never reports what he saw to the police out of fear even after realizing that he became the next target of the killer named Tae-ho (Kwak Si-yang). Overhearing his neighbors talk about the killer constantly hanging around the apartment complex in search of another victim, Sang-hoon learns he is not the only witness.

"I understand that nearly half of the people live in apartment buildings. I live in an apartment too but have never had an interest in who is living next door," Cho said during a press conference for the forthcoming film at a Seoul theater Wednesday. He said the movie was created out of his curiosity of how people accustomed to such a way of life would react if a murder took place near them. 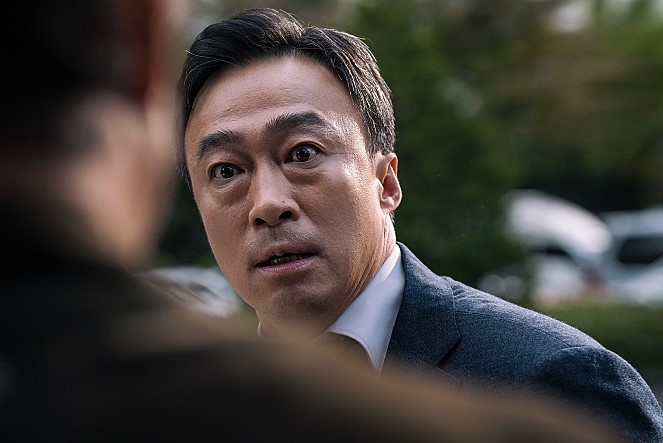 The thriller was inspired by the murder of Kitty Genovese in which a young woman named Catherine Susan "Kitty" Genovese was stabbed to death outside her apartment building in New York City in 1964. Two weeks later, The New York Times published an article claiming that 38 witnesses saw or heard the attack, but none of them took action to help her.

"Her death is evidence of bystander apathy," the director said. "Looking into the case, I thought it has sufficient value for cinematization."

Lee Sung-min said he was captivated by the film's tightly woven and immersive screenplay.

"I also felt that the dramatic thriller happening in a familiar space that is part of our everyday lives was greatly attractive. I thought it would be fun if I can be part of it," he said.

Kim Sang-ho, who played a police detective looking into the case, agreed, saying, "I really liked the setting of the story happening in an apartment complex that is one of the most familiar forms of housing here."

Kim said he also liked the theme of the bystander effect, a problem of modern society.

Since it premiered at the 71st Cannes Film Market in May, the movie has received a flurry of inquiries for the purchase of rights to the film and remakes according to the movie's local PR agency.

"The Witness" is to open in local theaters on Aug. 15. It also stars Jin Gyeong as Sang-hoon's wife and Kwak Si-yang as the killer.

'The Witness' explores how far bystander apathy can go

'The Witness' explores how far bystander apathy can go