SEOUL, July 11 (Yonhap) -- For South Korean fencer Nam Hyun-hee, winning a gold medal has been always a goal for her when she competes at the Asian Games.

But grabbing a gold medal at this year's Asian Games in Indonesia will have an extra special meaning: becoming the South Korean athlete with the most summer Asiad gold medals.

Nam currently has six gold medals from her last four Asian Games, tied with swimmer Park Tae-hwan. But with Park deciding not to participate in the 18th Asian Games next month, Nam can break the tie to become the most decorated South Korean athlete in the summer Asiad.

The 36-year-old, who also has a silver and a bronze at the Olympic Games, said it's pity that she can't compete with Park at the Jakarta-Palembang Asian Games. 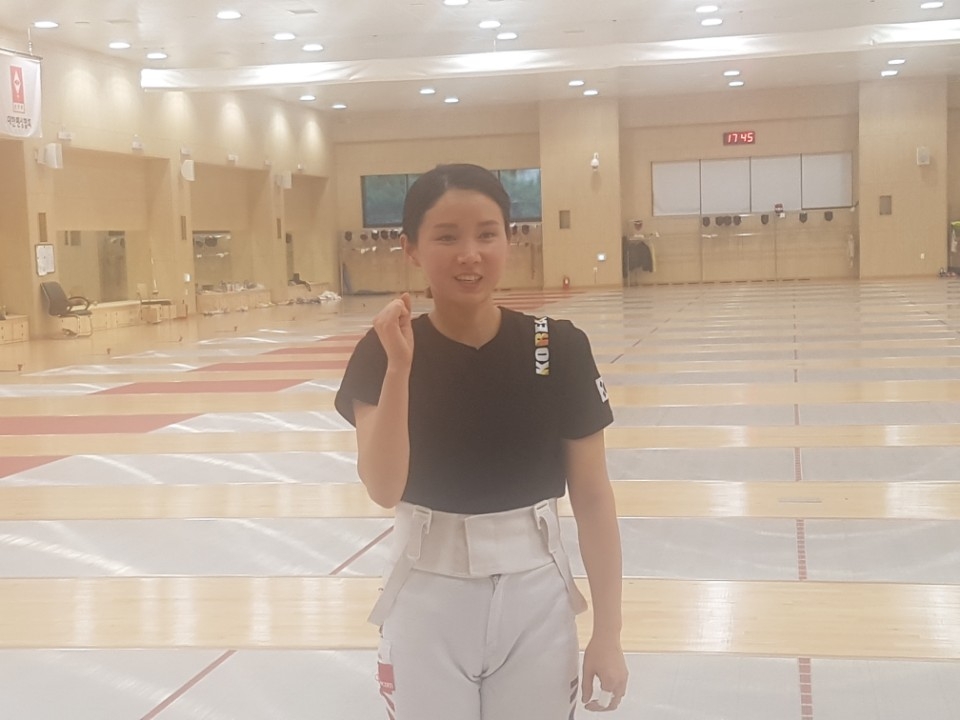 "I thought I would get more motivation if Park competed," Nam said at the National Training Center in Jincheon, North Chungcheong Province, on Tuesday. "There are more medals up for grabs in swimming, so I could have some disadvantage, but I really wanted to compete with him."

Nam, a foil fencer, could have missed her fifth Asian Games after undergoing knee cartilage surgery in May. However, she focused on rehabilitation and proved her reputation by helping South Korea to win a team gold at the Asian Fencing Championship in Bangkok last month.

"I had some pressure because I was the last fencer in order," she said. "But after winning gold, I felt comfortable because my performance was better than I thought."

Nam has never missed a podium finish in continent-level tournaments, and that is the reason why she is confident that she can grab her seventh gold medal.

"If I can keep up my form, I believe I have a 100 percent chance of winning a medal," she said. "My goal at the Asian Games has always been winning gold. Some athletes don't like to say their goals, but I like to make it public because it keeps me motivated."

Because of her knee surgery in May, Nam currently focuses on strengthening muscle power in her legs to improve body balance. She is also working on having better accuracy in her attacking moves as wells as improving her stamina. On Tuesday, Nam was the last among the women fencers still training with her partner at the training center.

"I can't train like my old days," she said. "But I'm trying to improve my stamina so that I can have that one last bit of energy which I can use in a critical moment. That's why I'm pushing myself hard." 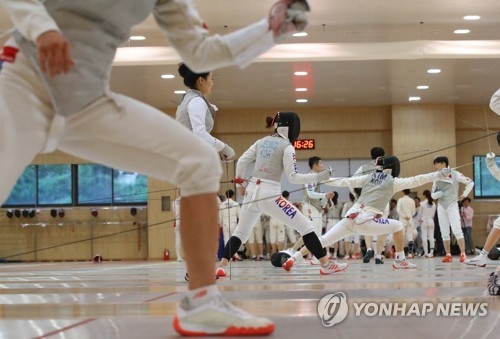 As a mother, Nam said it's heartbreaking when her six-year-old daughter asks her when she's coming back home. But it's Nam's commitment to fencing that drives her to compete for gold until she retires.

"I always think we need people who can promote fencing in this country," she said. "Although young fencers did that work through the Olympics, we still need to work harder, and if I win the gold medal this time, I believe people will pay attention to fencing. I want to promote this sport even after I retire."