SEOUL, July 11 (Yonhap) -- K-pop female act Mamamoo will throw two days of concerts in Seoul next month following the release of a new EP set for next week, its agency said Wednesday.

The concert "4 Season S/S" will run from Aug. 18-19 at SK Olympic Handball Gymnasium at the Olympic Park in southeastern Seoul, according to RBW.

It is the popular girl band's third concert following their quickly sold-out concerts in Seoul and Busan in March and July last year, respectively.

The upcoming concerts, to be held at a stadium twice as large as last year's venues, will focus on the female quartet's vocal power as well as onstage performances, according to the management agency.

Ahead of the concerts, Mamamoo will release their new EP "Red Moon" on July 16. 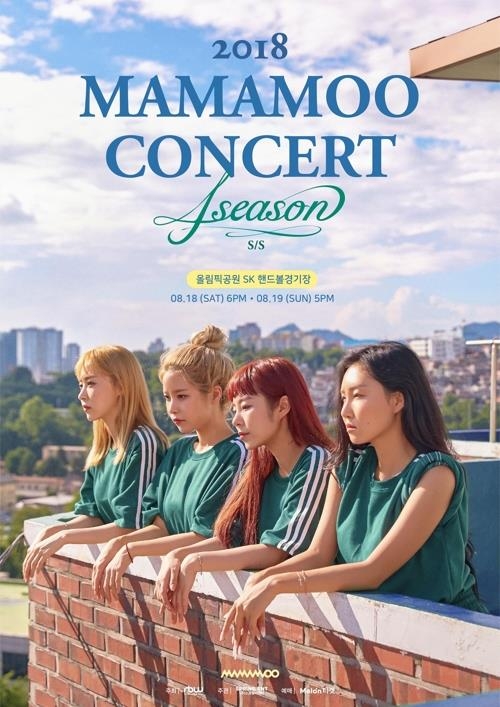 Mamamoo to throw 2-day concert in Seoul next month

Mamamoo to throw 2-day concert in Seoul next month