(ATTN: UPDATES headline and throughout)

"They are an important resource of ours. And it's time to bring assistance one step further to help multicultural children achieve their dreams," Chung said.

Chung pledged her ministry's active policy support for children from interracial marriages in South Korea, also calling for backing from the media and civil society. 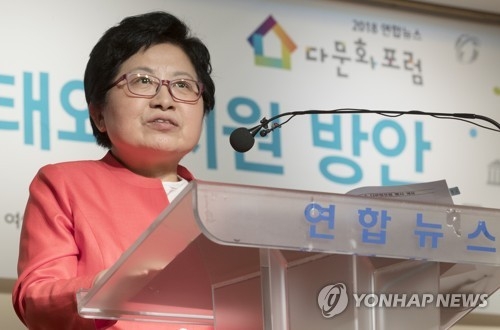 Yonhap News President and CEO Cho Sung-boo said in his opening remarks that the growing multiculturalism in South Korea could help offset the nation's aging society and declining birth rates.

"The second generation of multicultural families have bilingualism and cultural tolerance, potentials that can help them grow into global leaders going forward," he said.

The forum brought together around 150 experts in education, policy and cultural programs for multicultural children to discuss ways to better integrate the local multicultural population into society at a time when the population of elementary, middle and high school children from interracial marriages has surpassed the 100,000 mark.

They also delved into how the current education system deals with career paths for children and youth from interracial marriages, as well as measures to support their employment.

The 2018 forum is the sixth of its kind since Yonhap launched the annual forum in 2013 with the goal to raise social awareness of multiculturalism. The event is sponsored by the Ministry of Gender Equality and Family. 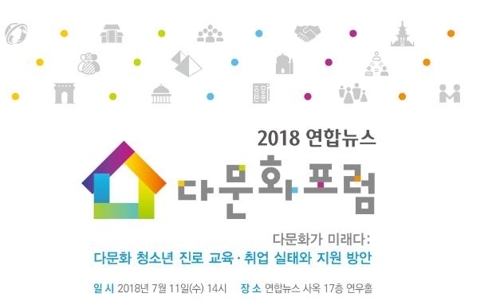