SEOUL, July 11 (Yonhap) -- The ratio of renewable energy in South Korea's total power generation surpassed 6 percent for the first time in April, as the government cut back on operations at coal-fired power plants and expanded support for clean sources, the government said Wednesday.

The proportion of renewable energy, such as solar and wind power, reached 6.1 percent of the total, up from 4.7 percent in February and 5.2 percent in March, according to the Ministry of Trade, Industry and Energy.

In contrast, the ratio of coal power fell from 45.7 percent in February to 40.1 percent in April as the government suspended the operation of coal-fired power plants when fine dust warnings were issued in spring.

The portion of nuclear power rose from 19 percent in February to 21.9 percent in April as reactors resumed operation after completing their maintenance checks.

The government has set a goal of generating over 20 percent of power from renewable sources by 2030, pledging support for research and development for clean energy technologies and subsidies for solar and wind power generators. 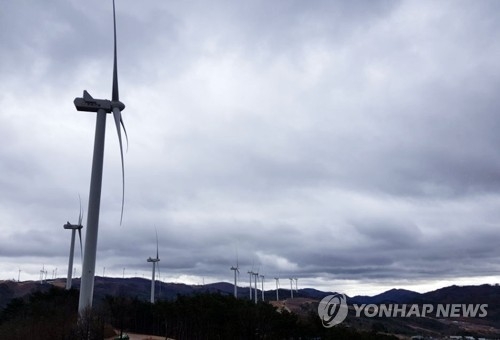