SEOUL, July 11 (Yonhap) -- South Korea said Wednesday that seven of its tech companies inked memorandums of understanding with their Indian counterparts -- a move that could help local firms make inroads into the one of fastest-growing markets in the world.

The total value of the MOUs came to US$2.7 million, South Korea's Ministry of Science and ICT said. The seven firms included Irience Co., a provider of iris recognition solutions.

The MOUs were signed at a hotel in New Delhi where more than two dozens of South Korean tech firms held business meetings with Indian buyers on the occasion of South Korean President Moon Jae-in's state visit to India. 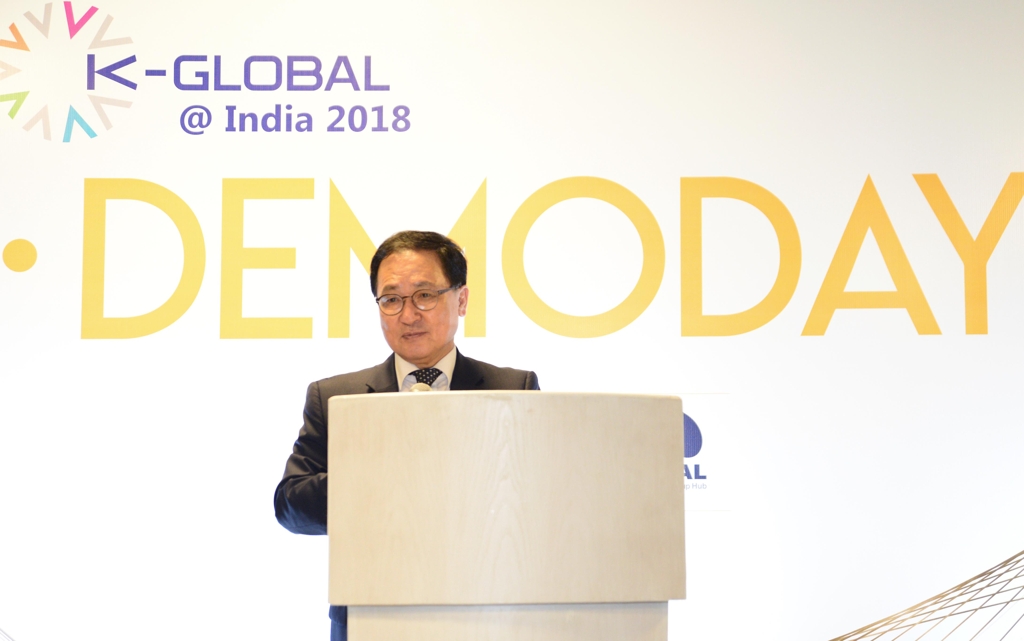