SEJONG, July 11 (Yonhap) -- The education ministry has concluded that the son of Korean Air Chairman Cho Yang-ho gained illicit admission to a local university, and has demanded the school cancel his admission and graduation, officials said Wednesday.

Cho Won-tae, president of the national flag carrier, was suspected of transferring to Inha University in Incheon, west of Seoul, in 1998 from a two-year college course in the United States, even though he didn't meet the credit requirement for such a transfer.

The school is run by a foundation established by the family's Hanjin Group.

The ministry looked into the case and confirmed the suspicions, officials said.

Moreover, the officials said the investigation also found that Cho graduated with a bachelor's degree from the school even though he didn't fulfill the requirement to complete at least 140 credit hours.

The suspicions were investigated 20 years ago, and the education ministry at the time determined that irregularities were involved in Cho's admission. The ministry demanded disciplinary action then against school officials involved in the admission but didn't go as far as to cancel Cho's admission.

The latest case has added to the woes of the Cho family. They have been under public scrutiny following revelations that the family, including the wife and two daughters of the Korean Air chairman, bullied company employees and others under their influence.

Chairman Cho has also been investigated over suspected embezzlement and tax evasion.

Ministry officials also found a series of irregularities in the operation of the school foundation, such as awarding contracts without bidding, and the ministry is expected to refer the chairman and his wife to the prosecution for investigation.

The ministry also decided to cancel its approval of Cho's appointment as chief of the school foundation.

These measures will be finalized after a 30-day appeal period.

The university strongly protested the decisions, refuting allegations one by one and threatening to take legal action. 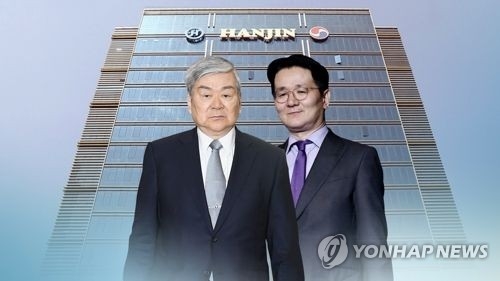