SEOUL, July 11 (Yonhap) -- The local Catholic community expressed outrage Wednesday after a member of a radical anti-male women's group openly damaged a sacramental wafer, known as the Body of Christ, with a message lashing out at the religion for oppressing women.

On Tuesday, the unidentified member of the Internet-based misandry group "Womad" posted a photo of a burned communion wafer with a message laden with foul language denouncing the religion for belittling women. It cited the story of God creating a woman with one of Adam's ribs and the religion's ban on women becoming priests.

The member claimed there was no reason whatsoever to respect the religion, accused it of opposing policies that protect women's human rights, such as the proposal to decriminalize abortion.

The posting drew ire from many Catholics.

"Apart from the reason this writing came up, we, the Catholic community, cannot overlook the act of openly damaging the Body of Christ," said an official of the Catholic Bishops' Conference of Korea (CBCK). "We're going to express regret in some form."

Some filed a petition calling for the act to be punished and the anti-male group to be closed down.

"As specified in the Constitution, religious freedom exists in the Republic of Korea and law exists to protect this," an unidentified petitioner said. "The male-hatred site Womad not only damaged the Body of Christ, which is an act that insults all Christians around the world, but also disparaged and ridiculed Jesus." 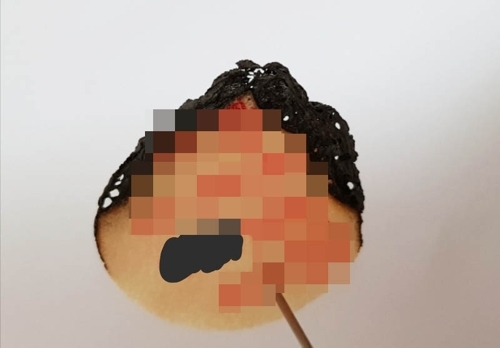