The South Korean tech giant, which first unveiled Oynx in Seoul last year, has made inroads in several countries, including United States, Germany, China and other major markets.

After introducing Onyx to theaters in Seoul and Busan, Samsung tapped Thailand as the first overseas market for the solution.

After reaching the U.S., China, Mexico and Malaysia, the solution hit Germany this month.

Samsung said it also clinched a deal with Austrian and Indian partners.

"There are more deals coming up other than the confirmed projects," a Samsung Electronics official said, without going into details. "We expect the installation of Onyx will speed up as theaters around the globe are seeking to improve their facilities." 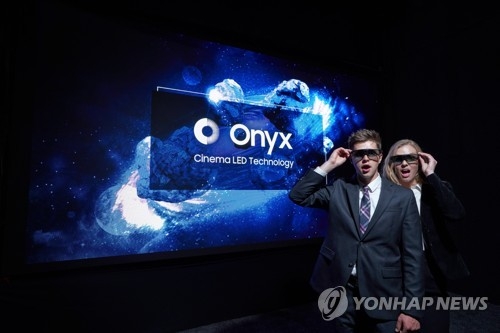