The number of international migrants, referring to those who stay in South Korea or go abroad for 90 days or more, stood at a record 1.41 million people in 2017, up 4.2 percent, or 57,000, from a year earlier, according to the report compiled by Statistics Korea.

The number calculates both foreigners and South Korean nationals, and excludes short-term visitors.

The number of South Korean-passport holders who returned home dipped 2 percent on-year in 2017.

Some 157,000 Chinese people made up the largest group of international immigrants to the country, followed by 72,000 Taiwanese and 48,000 Vietnamese, the latest report showed. 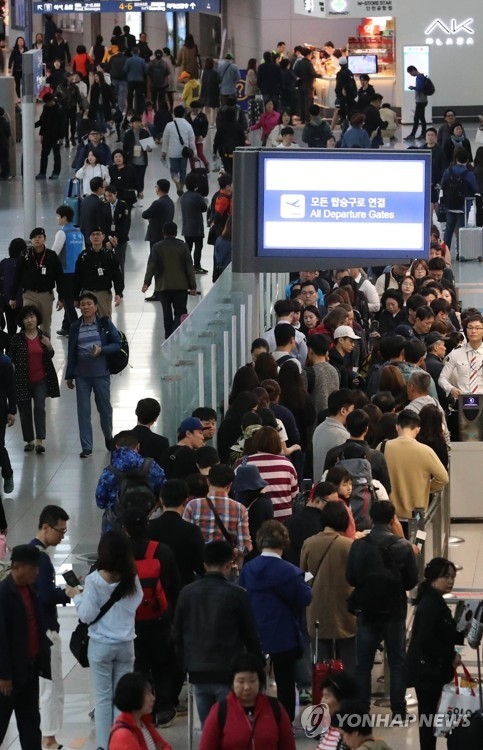