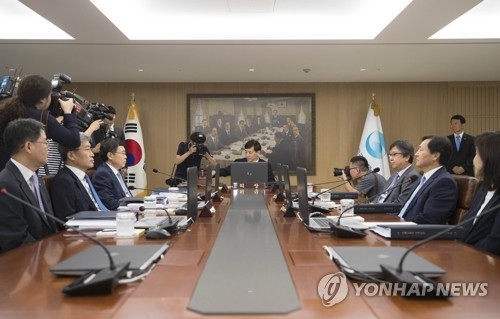 The central bank said it will downgrade its earlier growth forecast of 3 percent for 2018 and maintain an expansionary monetary policy for a while.

"Going forward the board expects domestic economic growth to be slightly below the path projected in April but to sustain a rate at its potential level," the BOK said in a release.

"As it is forecast that inflationary pressures on the demand side will not be high for the time being, while the domestic economy is expected to continue its solid growth, the board will maintain its accommodative monetary policy stance," it added.

"In this process it will judge carefully whether it is necessary to adjust its accommodative monetary policy stance further, while closely checking future economic growth and inflation trends," the BOK said.