The number of AI speakers installed across the world is projected to reach 100 million units at the end of the year, 2.5 times the figure posted a year earlier, according to Canalys.

The number for South Korea is estimated at 3 million units, which will account for 3 percent of the total global market and rank fifth worldwide, outstripping Canada.

The United States is predicted to maintain its hold on the world's No. 1 spot with an overwhelming 64 percent, followed by China with 10 percent, Britain with 8 percent and Germany with 6 percent. 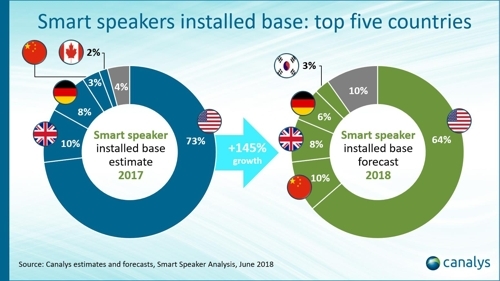 AI, or smart, speakers are capable of delivering weather news, stock market updates and traffic information, and can also recommend music and manage the user's schedule.

In terms of sales, South Korea ranked third worldwide with 8.1 percent of the global total in the first quarter of the year. The U.S. clinched the top position with 45.6 percent, trailed by China with 20 percent.

The Amazon Echo is expected to account for 50 percent of the global total this year, with Google Home taking up 30 percent and Apple HomePod 4 percent.

Canalys projected the number of smart speakers installed worldwide to reach 225 million units in 2020 thanks to the market's rapid expansion. 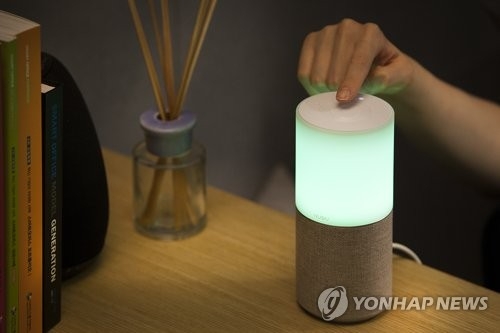