SEOUL, July 12 (Yonhap) -- Samsung Electronics Co. said Thursday its QLED TVs were acknowledged as burn-in free by German tech magazine Video, apparently seeking to distinguish its OLED TVs from those of rivals that have been facing barriers due to the image retention.

Burn-in refers to a situation in which certain areas of displays suffer discoloration when kept on for long periods.

"The results of the test proved that Samsung's TVs were as free of both, and demonstrated what makes QLED TVs some of the most durable displays on the market today," it added.

The South Korean tech giant said the result is also significant as users normally expect their TV's picture quality to remain roughly the same for up to 10 years.

Samsung Electronics claimed that the latest report shows that its QLED TVs based on the Quantum-dot technology do not degrade over time.

"This allows QLED TVs to offer exceptional picture quality that not only lasts much longer than other displays, but is guaranteed to be burn-in free," it added.

LG Electronics Inc. utilizes OLED technology, which does not need backlights, for its high-end TVs. The OLED TVs, however, have been facing hurdles due to concerns over burn-in. 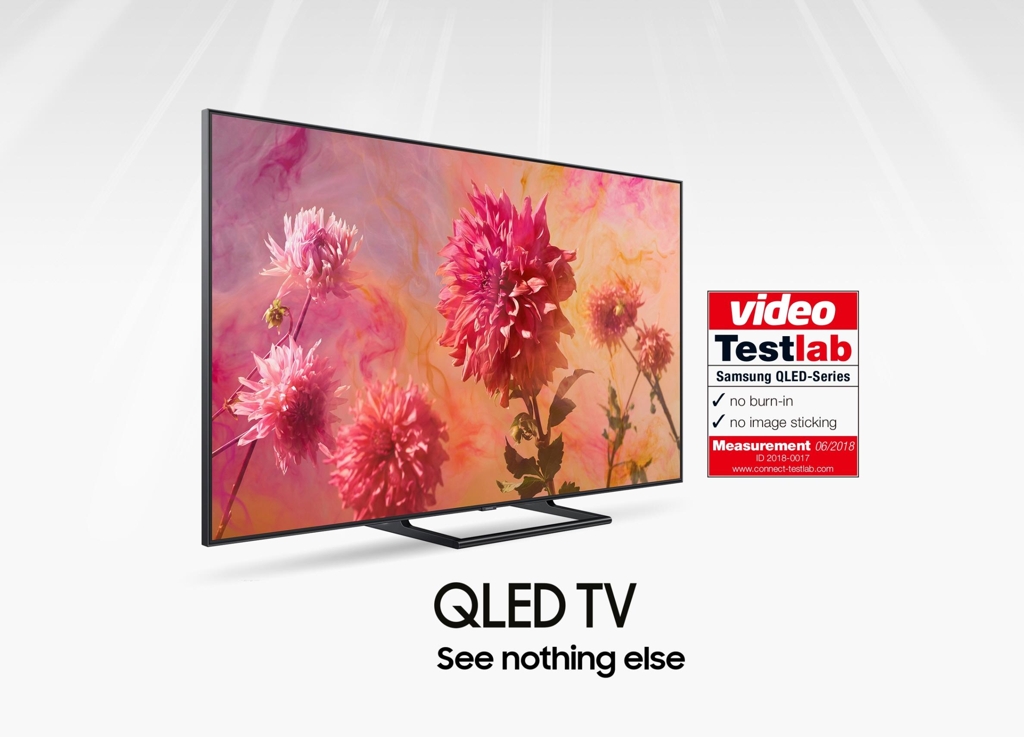