The new workweek system went into effect this month, requiring both private and public companies with 300 or more employees to reduce the maximum working hours to 52 hours per week from 68 hours.

Vice Minister of Trade, Industry and Energy Lee In-ho made the call in a meeting with the head of Dongkuk Steel Mill Co.'s factory in Incheon, west of Seoul, and representatives from its subcontractors, according to the ministry.

"The start of the 52-hour workweek era will not only improve the public's quality of life, but also help turn domestic companies into advanced businesses," Lee was quoted as saying. "The steel industry should take active part in cutting working hours." 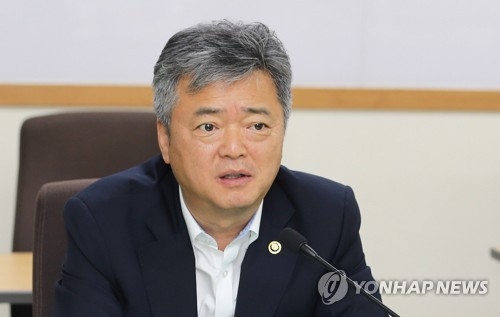 Admitting the new system may initially cause some hardships to companies, Lee exchanged views with the participants on how to minimize its side effects.

"The government will make concerted efforts to provide support in order to help the shorter workweek take root at workplaces in a speedy and smooth manner," Lee said.

Under the new workweek system, employees can do up to 40 hours of regular work and 12 hours of extra work. Business owners can face up to two years in jail or a fine of up to 20 million won (US$17,730) for violations after a six-month grace period.