The number of newly registered imported commercial vehicles came to 399 units in June, up from 358 units in May, the Korea Automobile Importers and Distributors Association said in a statement.

Local demand for imported trucks, buses and vans has been on the rise as foreign vehicles are seen as being more technologically advanced than domestically-produced models, according to the association.

In the January-June period, the number of imported commercial cars sold in South Korea stood at 2,364 units, it said. The year-ago sales figures were not immediately available.

Imported commercial vehicles currently account for the lion's share of the domestic commercial car market but their exact market share is not available, according to the association. 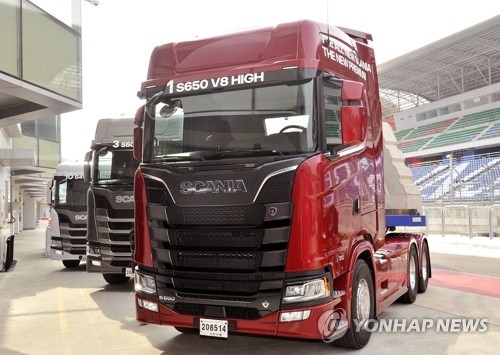