SEOUL, July 12 (Yonhap) -- South Korea's chief economic policymaker said Thursday that the government may draw up a set of measures to boost domestic demand during the second half of the year in a bid to help create more jobs and tide over external conditions such as a growing trade tussle between the United States and China.

"Job creation numbers are not good, and the situation is the worst since the financial crisis," Finance Minister Kim Dong-yeon said in an economy-related ministers meeting. "The situation is not likely to improve drastically ... the point is that innovative growth may be the solution to job creation," he said.

The minister said the government is planning measures to boost domestic demand.

The number of newly added jobs has stayed slightly above 100,000 per month over the past five months in the aftermath of corporate restructuring and a hike in the country's legal minimum wage.

Since May, the government has been implementing a 3.9 trillion won (US$3.69 billion) extra budget largely to create jobs for young people amid deepening concerns about high unemployment, which the government warned would have catastrophic consequences.

The extra budget is the second of its kind under the Moon administration. Last year, the government got parliament to approve an 11 trillion won supplementary budget that focused on creating high quality jobs.

Also, the South Korean economy is facing headwinds from the trade war between the world's top two economies. Concerns are rising that Asia's fourth-largest economy could be among the losers of the protracted trade war between its top two trading partners after the Donald Trump administration unveiled an additional list of tariffs on $200 billion worth of Chinese goods. 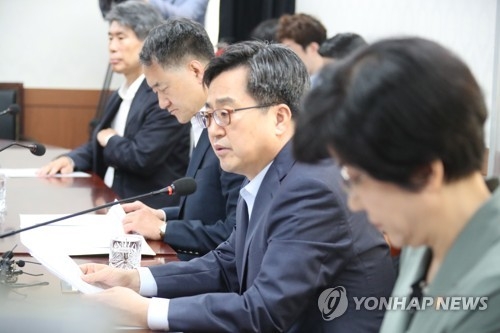