SEJONG, July 12 (Yonhap) -- The number of importers and exporters in South Korea rose 2.2 percent on-year to reach 276,650 last year, with their trade volume jumping by 17 percent to US$149.2 billion, customs data showed Thursday.

The number of exporters edged up 0.6 percent on-year to reach 95,232 last year, and their outbound shipments jumped 15.9 percent to $78.6 billion, according to the data compiled by the Korea Customs Service.

The total number of importers was tallied at 181,418 last year, up 3 percent from a year earlier, with their inbound shipments rising 18.2 percent to $70.6 billion, the data showed.

The data also showed that slightly more than 70,000 exporters and importers were driven out of the market last year, up 0.8 percent from a year earlier. 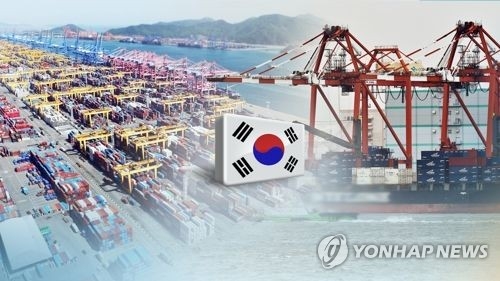