SEOUL, July 12 (Yonhap) -- Ahn Cheol-soo, a former candidate for the Seoul mayorship, said Thursday he will leave the political scene for a while following his party's crushing defeat in last month's local elections.

"I am leaving the political scene to spend time soul-searching," Ahn said in a press conference. "By working as a politician for five years and nine months, I did my best for the multiparty system, but there were many things that were not satisfactory."

Ahn said he will move to Germany to have time for reflection and learning.

"I don't know what lies at the end (of this road). But I will watch how the world is responding to challenges and changes, and ponder what is the right direction to move forward," he added.

Ahn has recently returned home after a U.S. trip that he took after his defeat in the Seoul mayoral election.

His party won no seats in the 17 big-city mayoral and gubernatorial races, and also failed to secure a parliamentary post in the by-elections held at the same time.

He was a front-runner ahead of the 2011 by-election for Seoul mayor but later dropped his bid and supported Park.

But public support for Ahn has been on the wane, apparently because he has failed to usher in an era of new politics as he earlier promised. 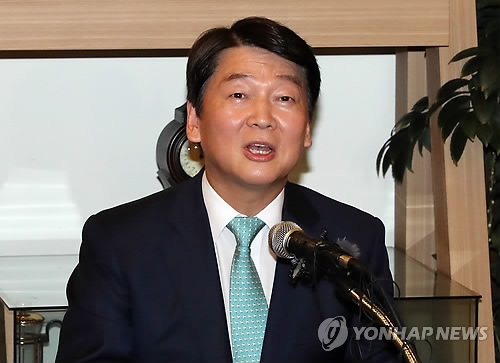 Ahn, ex-Seoul mayor candidate, says he will retreat from politics

Ahn, ex-Seoul mayor candidate, says he will retreat from politics