SEOUL, July 12 (Yonhap) -- South Korean Foreign Minister Kang Kyung-wha will hold talks with her British counterpart in London next week on relations between the two nations and regional and global security issues, her ministry announced Thursday.

Kang plans to make her first trip there as Seoul's top diplomat from Tuesday.

She is scheduled to meet with the new British foreign secretary, Jeremy Hunt, on Wednesday for the fourth "strategic dialogue" between the sides.

Kang is scheduled to have a luncheon meeting with British lawmakers followed by a speech at Chatham House, a local institute of international affairs, according to the Ministry of Foreign Affairs. 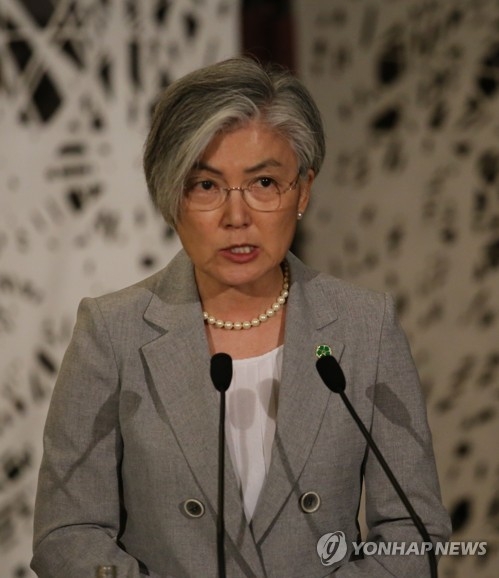 She will also preside over an annual meeting of the heads of South Korean diplomatic missions in Europe before wrapping up her three-day stay in London.

In the meeting to be joined by 44 senior diplomats, there will be a review of diplomatic accomplishments over the past year and future strategies, the ministry's spokesman Noh Kyu-duk said.