SEOUL, July 12 (Yonhap) -- Hyundai Motor Co.'s union on Thursday called on the U.S. government to exclude Korean carmakers from its plan to impose 25 percent tariffs on imported vehicles as it could lead to the loss of jobs at Hyundai's Alabama plant.

"If Hyundai Motor is blocked from exporting its vehicles from its domestic plants and its financial status deteriorates, it may have to shut down its U.S. plant, which has hired some 20,000 local workers since May 2005," the union said in a statement.

Korean carmakers have already suffered a setback in their businesses in the United States, the world's most important automobile market. In the free trade agreement renegotiations that the two countries wrapped up in March, they agreed to postpone the removal of tariffs on Korean pickup trucks by 20 years to 2041.

The U.S. government is looking into whether auto imports pose national security threats to justify the steep tariffs. U.S. imposition of the hefty tariffs is widely expected to trigger a global trade war among trading partners.

Hyundai Motor and its affiliate Kia Motors Corp. together form the world's fifth-biggest carmaker by sales. Kia also has a production facility in the U.S. 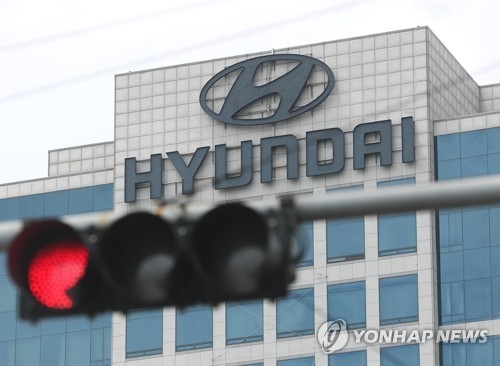