BEIJING, July 12 (Yonhap) -- A senior North Korean official in charge of the country's international relations apparently met with Chinese government officials in Beijing on Thursday on his way back home after a Cuba visit.

Ri Su-yong, vice chairman of Workers' Party of Korea and director of the communist party's international affairs department, stayed at the international airport here for three to four hours before flying to Pyongyang.

Three vehicles belonging to the International Liaison Department of the Communist Party of China were also spotted at the airport, indicating that Ri had a meeting with Chinese officials.

During his stay there, Lee delivered North Korean leader Kim Jong-un's personal messages both to Diaz-Canel and Castro, according to news reports.

The North's state media reported that Ri and Diaz-Canel discussed "further developing the traditional ties between the two parties and two countries" in a friendly atmosphere.

Ri was seen in Moscow on Wednesday and arrived in Beijing earlier Thursday. 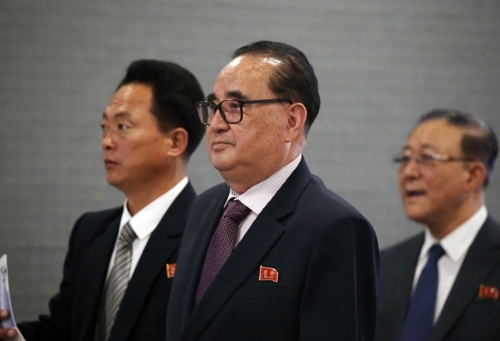