SEOUL, July 12 (Yonhap) -- Three reporters were found to have leaked an embargoed government press release containing measures on how to curb cryptocurrency speculation early this year, an official said Thursday.

On Jan. 15, the Office for Government Policy Coordination under the Prime Minister's Office emailed the press statement to about 100 accredited reporters at 9 a.m. on condition it not be reported until 40 minutes later. It was about how the government will deal with a proposal to shut down all cryptocurrency exchanges.

However, the release turned up on an Internet bulletin board before the embargo time, sparking concern it could have affected the cryptocurrency market. An opposition lawmaker, Rep. Ha Tae-keung, called for an investigation, raising accusations that government officials could have leaked it.

On Thursday, Kim Sung-jae, spokesman at the Prime Minister's Office, said that a police investigation has found that three reporters leaked the release. Kim didn't identify the reporters. Police closed the case as the reporters were not found to have leaked it for personal gains.

"It is very regrettable that members of our press corps were responsible for the leak," Kim said. 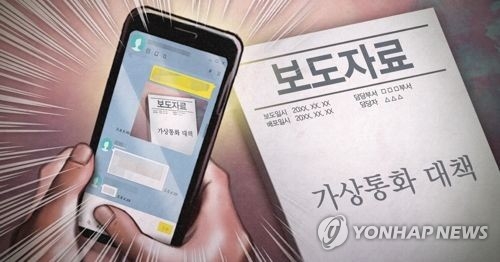