SEOUL, July 17 (Yonhap) -- South Korea's three mobile carriers agreed Tuesday to work together for the commercialization of high-end fifth-generation (5G) networks next March for the first time in the world.

The agreement was made during a meeting between ICT Minister Yoo Young-min and Park Jung-ho, the head of SK Telecom, South Korea's No. 1 mobile carrier; Ha Hyun-Hoi, the head of LG Uplus; and KT Chairman Hwang Chang-gyu.

"It is important for mobile carriers to avoid heated competition for the title of world's 'first' 5G service provider in order for South Korea to become a nation that can commercialize the 5G service for the first time in the world," Yoo said.

The meeting was aimed at sharing government policy after the three mobile carriers pledged to pay a total of 3.61 trillion won (US$3.26 billion) at the country's first auction for 5G network frequencies in June.

"We are working on studies of how 5G technology is changing the world," Park said, adding that SK Telecom will work on not only infrastructure but related industries for competitiveness.

Hwang also noted the importance of investment and government support as 5G service has characteristics of a public property.

Ha, who was just named as the new chief a day earlier, said LG Uplus will work harder to meet the scheduled time of March for the commercialization. 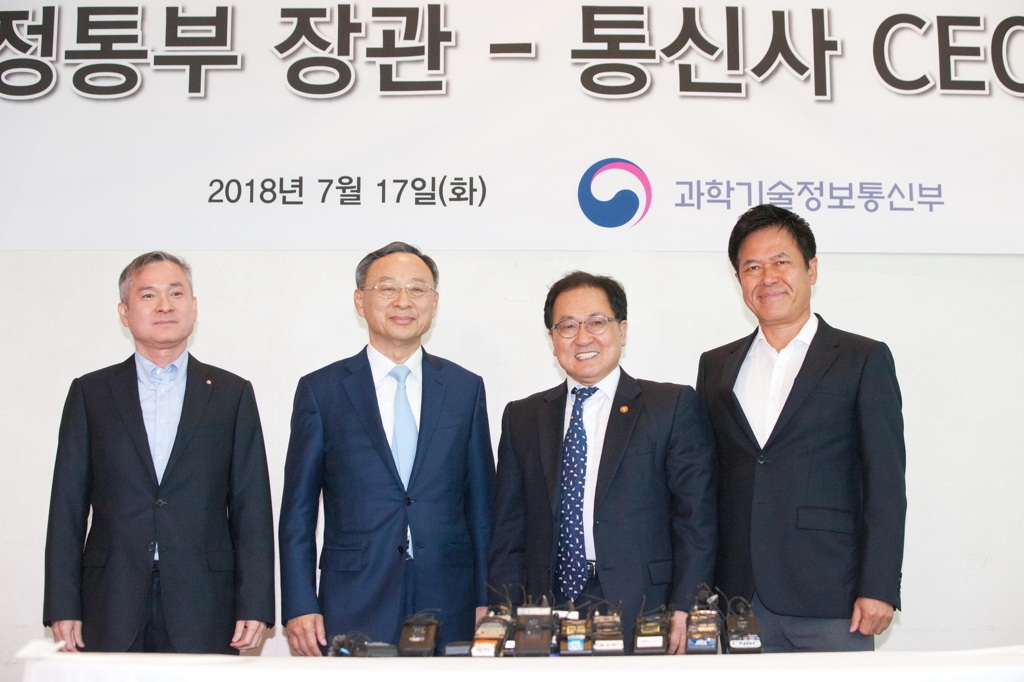