SEOUL, July 20 (Yonhap) -- Seungri, the youngest member of sensational K-pop boy band BIGBANG, released his first full-length album Friday with a title based on the well-known American novel "The Great Gatsby," aiming to make up for the quintet's prolonged hiatus.

The nine-track album, "The Great Seungri," was named after his recent byname, "Seung-tsuby," likening the singer to the novel's main character for his successful restaurant business as well as his lavish lifestyle.

"1, 2, 3!" fronts the new album, the production of which Seungri -- his name means "victory" in English -- was deeply involved in. The main track is a dance piece with rock and pop elements, composed and written jointly by Seungri and Teddy, a star producer from BIGBANG's label YG Entertainment.

The song is a tribute to the characteristic half-comic, half-confident image he has recently established through his appearances on local reality shows, including MBC TV's popular program "I Live Alone."

"I will count up to three. You fall in love right away," the main track's refrain confidently incants.

The music video for the main track is a parody of American movie star John Travolta's famous musical films -- "Grease" and "Saturday Night Fever" -- as well as the movie "Pulp Fiction."

"My (vision for) performance this time around has been heavily influenced by actor John Travolta. ... I thought about what sides of me would appeal to the public and the answer I came up was not the fancy face of other idols or military-precise dance moves but the hilariousness and the high energy that I exude," he said in a press conference right before the release of the new album Friday evening. "In order to liven up the strong points, I drew on an actor that I like, John Travolta, and found inspiration in his works."

The other tracks include "Where R U From," "Love is You," "Mollado" and "Sweet Lie." Seungri contributed to the composition and lyrics of eight of the nine tracks.

Two of Seungri's label mates -- Winner's Song Min-ho and iKon's B.I -- feature in "Where R U From" and "Mollado," respectively. 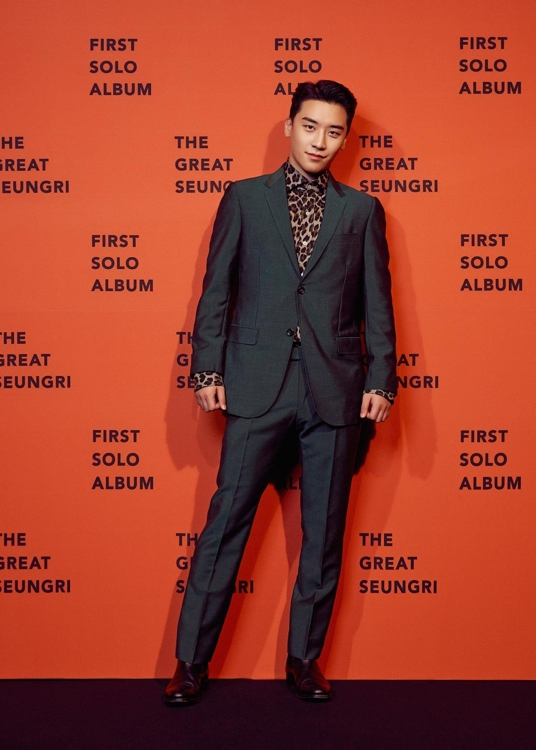 The solo album is also the youngest BIGBANG member's attempt to backfill the absence of his high-profile group from the K-pop scene, due to the other four members' on-going stints in the military.

"I prefer working as a member of the group (BIGBANG). But under the current circumstance, I, as the only member left (in the K-pop scene), hoped to fill up BIGBANG's hiatus so that the public wouldn't so feel left out," he said, adding that it was also the hope of the other four members, including G-Dragon.

"When I first ventured into a solo career, I was greedy and full of ambition and wanted to take it all. ... (But now) I want to put on display the music style and my musical talent that have been hidden while I performed in the group."

The new album is also a prelude to Seungri's first solo concert tour next month, which will walk the audience through the history of his solo music career, highlighted by the success of the main tracks of his previous releases, including the song "Strong Baby."

As the youngest member of a group of highly talented and attractive performers -- the other BIGBANG members are T.O.P, Taeyang, G-Dragon and Daesung -- Seungri had difficulties finding out where he could shine, he said, recalling the time he spent in BIGBANG since their official debut in 2006 and sensational ascent to the forefront of the Korean Wave, or the global popularity of K-pop music.

"I have been left out in terms of prominence as I was pushed aside by the very competitive fellow members. I survived only with my determination for survival," Seungri said jokingly. Now, he commands YG and its chief Yang Hyun-suk's full backing and attention, he said.

"As for the all-out support from YG, I, as a member of YG's leading boy group, am obliged to repay it with results. That's why I am taking this album very seriously and am eager to achieve the maximum outcome."

Following the other members, he is also on course to enlist in the armed forces to fulfill his mandatory military service early next year, he said, adding that exact timing has yet to be determined.

"I want more than anyone that all five members of BIGBANG will be able to stand together in front of fans, so I think the hiatus of BIGBANG should not further be extended. The comeback of BIGBANG will not be far away," he added. 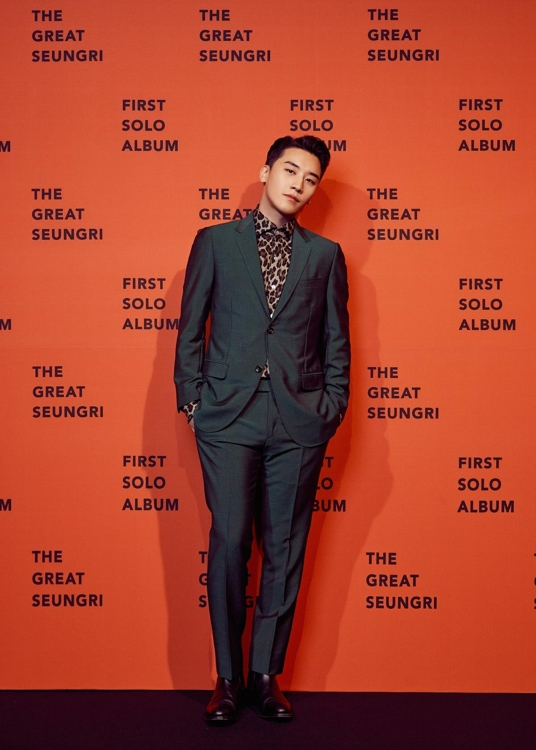