OSAN AIR BASE, South Korea, Aug. 1 (Yonhap) -- In a solemn ceremony marking the return of 55 sets of remains of American troops killed during the 1950-53 Korean War, the U.N. Command (UNC) renewed its long-avowed pledge Wednesday: the fallen will never be forgotten nor be left behind. 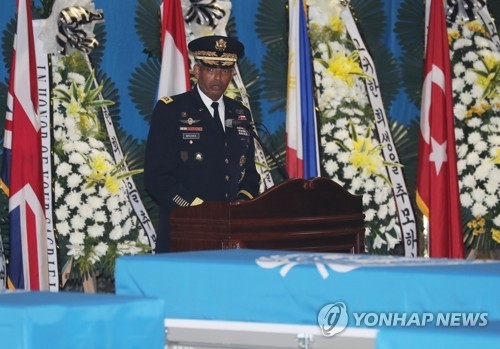 Following the repatriation ceremony, the remains were set to be flown to a DPAA laboratory at Joint Base Pearl Harbor-Hickam in Hawaii, where historians and scientists will work for forensic identification, the command said. 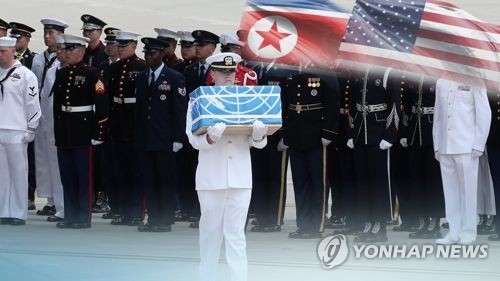