The country's consumer price index climbed 1.5 percent last month from a year earlier, the same pace from the previous month's on-year gain, according to the data compiled by Statistics Korea.

The July figure is well below the Bank of Korea's target of 2 percent for the year, stoking speculation that the central bank's monetary tightening may be pushed forward at a gradual pace in the coming months.

From a month earlier, the index rose 0.2 percent. 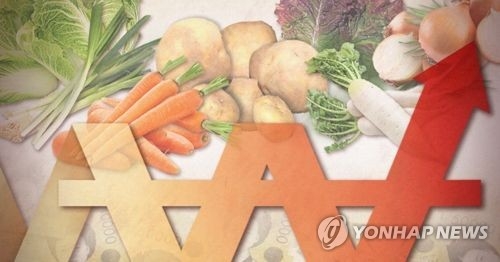