The South Korean tech giant said the Toronto AI Lab in Canada will carry out various research through cooperation with the University of Toronto starting from September.

LG Electronics said it chose the North American country as it has been making significant progress in the field of AI and machine-learning technologies.

The company said it hopes to develop core AI technologies by utilizing related infrastructure in Canada, especially as the industry has been rising as a new growth engine for global tech firms.

LG Electronics added it will consider joining forces with Canadian startups as well.

The company first opened an AI research lab in June last year at home and launched an "advanced AI" center under its U.S.-based Silicon Valley Lab earlier this year.

LG Electronics has been making efforts to bolster its AI business through what it calls its "three-open" strategy, focusing on "open platform," "open partnership" and "open connectivity." 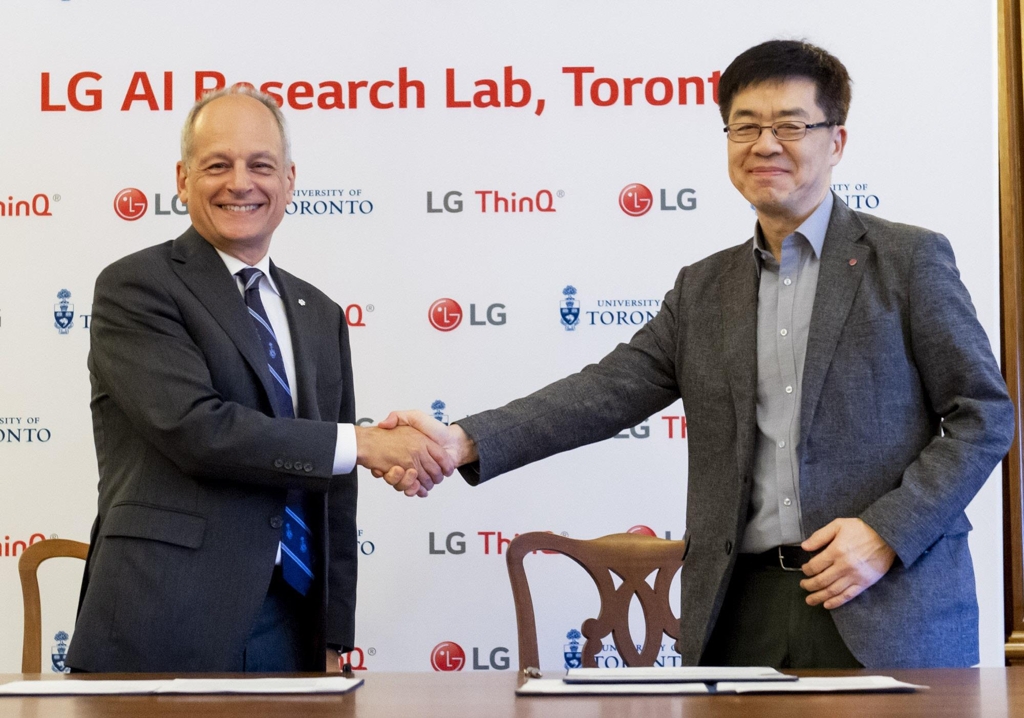