SEOUL, Aug. 1 (Yonhap) -- The one race that's virtually done in the 2018 Korea Baseball Organization (KBO) season is for the top of the standings.

The Doosan Bears picked up their 66th victory in their 100th game on Tuesday. At 66-34, they're in first place and nine games ahead of the SK Wyverns with 44 games remaining.

Sure, the Wyverns are still alive, but only mathematically, for all intents and purposes. 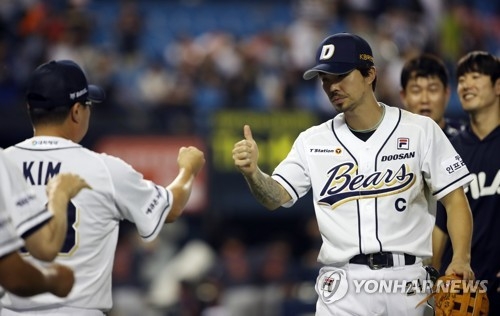 The Bears are trying to break the single season wins record of 93, which they set in 2016.

Two years ago, they had 61 wins after 100 games. Five victories ahead at the same point this year, the Bears are looking at a possible 95-win season.

They lost a season-high four straight games last week but bounced right back by winning the next three in a row.

They have not come down from the top since first reaching it on April 7. They were tied at the top on April 28 and May 13 but regained their sole possession of first place the very next day on both occasions.

They've also posted a winning percentage of at least .600 in every month of the season.

The Bears have a winning record against eight of their nine opponents, while having split 10 meetings with the Wyverns, with five wins and five losses. The Bears are 9-0 against their Seoul neighbors, the LG Twins.

A rotation fronted by the American duo of Josh Lindblom and Seth Frankoff, who have a combined 28-4 record and 3.10 ERA, has been solid, with No. 3 starter Lee Yong-chan enjoying the best season of his career with a 10-3 mark and a 3.50 ERA.

At the plate, the Bears are the only club batting above .300 as a team this year. At .308, they will try to break the single season team batting average record of .302 by the Kia Tigers from 2017. 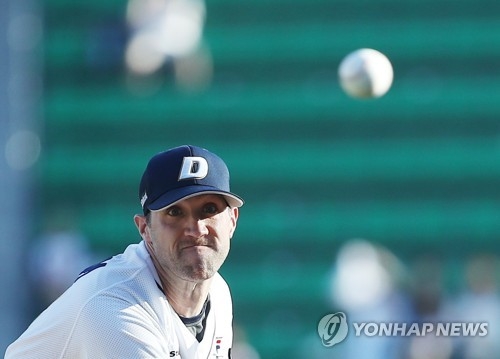 First-place club stays ahead of winning pace from record season

First-place club stays ahead of winning pace from record season