SEOUL, Aug. 1 (Yonhap) -- A minister-level official of North Korea is scheduled to give a key-note address for the fourth time at the general debate of the U.N. General Assembly in New York on Sept. 29, Radio Free Asia reported Wednesday, dimming the possibility of the North's leader Kim Jong-un delivering a speech there.

But there is speculation that Kim could travel to New York to make an address at the gathering if Washington-Pyongyang talks on the North's denuclearization and the establishment of a stable peace regime on the Korean Peninsula make progress.

A U.N. official said on condition of anonymity that the current schedule for the gathering is provisional and the levels of speakers and dates could be subject to change in cases of member countries' requests and situations.

The report also said U.S. President Donald Trump will make an address on the first day of the general debate, which falls on Sept. 25, while South Korean President Moon Jae-in will do so on Sept. 27.

This year's U.S. General Assembly is expected to bring together leaders of 195 countries, including 109 heads of states, who will give key-note addresses. 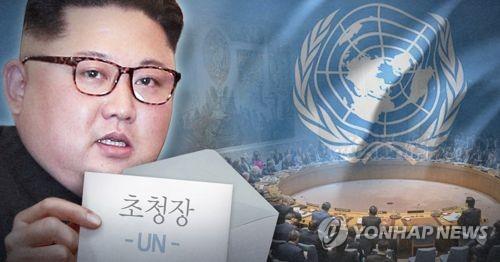