SINGAPORE, Aug. 1 (Yonhap) --- This week, this city-state will again become a stage for major diplomacy on the Korea peace process.

The top diplomats of more than two dozen nations, mostly from the Asia-Pacific region, are descending on Singapore for the annual ASEAN Regional Forum (ARF), at which North Korea has been traditionally a key issue.

The ARF, slated for Saturday, will be the highest-profile diplomatic event involving North Korea since its historic summit with the United States here on June 12. 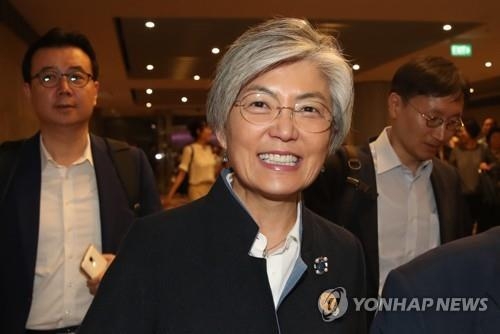 She pointed out that the mood is quite different from last year, when she made her ARF debut in Manila.

At that time, officials in Seoul were busy counting the number of missiles fired by the communist neighbor. They often woke up early in the morning for meetings to discuss countermeasures.

Recently, however, their focus has shifted to denuclearization and a peace vision. They are working hard to mediate the declaration of a formal end to the 1950-53 Korean War, saying it can be a stating point for a full-scale peace process.

Drawing attention is whether Kang will meet bilaterally with the North's top diplomat Ri Yong-ho on the margins of the ARF.

Ri plans to arrive in Singapore on Friday, flying from Beijing.

His name is included in the list of passengers for an Air China plane to leave for Singapore from the Chinese capital at 12:10 a.m. (local time).

During the previous ARF session hosted by the Philippines, they had no formal talks other than a minutes-long encounter.

Given the current reconciliation between the two Koreas, it would be rather odd should they skip one-on-one talks this time.

"(We) have offered a bilateral meeting (through a diplomatic channel). There's no response from the North Korean side yet," a South Korean foreign ministry official said. 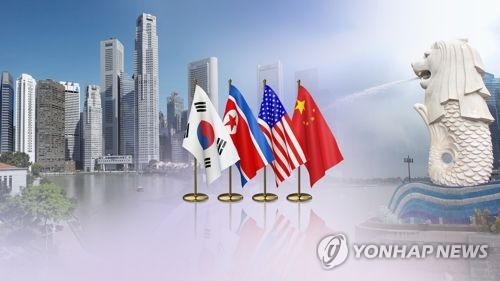 While Kang plans to hold talks with U.S. Secretary of State Mike Pompeo, it's unclear whether the secretary will have a separate meeting with the North's minister.

Speaking to reporters on background in Washington D.C., a U.S. state department official was guarded about the possibility.

"As for the DPRK ... (the) DPRK is, in fact, a member of the ASEAN Regional Forum. That gathers 27 countries, so they'll be in the room," the official said, using the acronym for the North's official name, the Democratic People's Republic of Korea. "And there will certainly be discussions about denuclearization of North Korea, as there traditionally are at these gatherings."

Pompeo's message will be clear: Pyongyang should take concrete steps toward complete denuclearization under the Singapore accord and expect U.N. sanctions relief.

Citing intelligence officials, the Washington Post reported that the North appears to be working on new missiles near Pyongyang.

The North Korean minister is expected to place a focus on confidence-building steps, including the declaration of a formal end to the 1950-53 Korean War.

Last week, his regime handed over what's believed to be the remains of 55 American service members killed in the Korean War.

Kang's task is to broker a comprise between the two sides and to drum up international support for the Korea peace process.

She is likely to hold talks with Chinese Foreign Minister Wang Yi, in which the war-ending declaration issue may be discussed.

Kang will spend Wednesday and Thursday engaging in a string of bilateral meetings with her counterparts from Southeast Asian countries.