Government officials say it's not just rhetoric but a real policy priority, presenting three Ps -- people, prosperity and peace -- as a slogan. 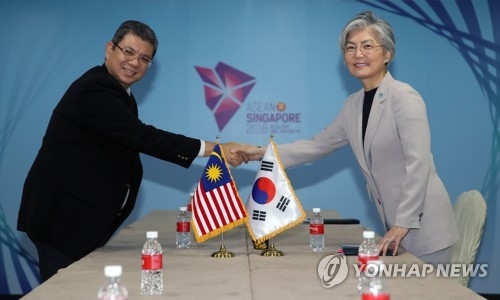 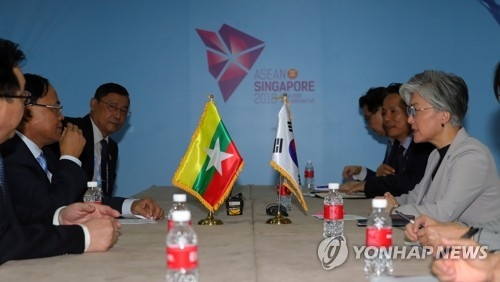 Citing progress in the Korean peace initiative, she told him, "It's certainly a time of great change on the Korean peninsula, and this is possible because of the support that we had from Vietnam and other members of ASEAN and certainly the international community."

The Vietnamese official responded, "Our position is very clear that we support the denuclearization of the Korean Peninsula."

Kang is also scheduled to have bilateral talks with her Cambodian, Brunei and Laotian counterparts later in the day.

Singapore is the rotating host of this year's ASEAN gatherings.

The ASEAN bloc, with a population of 630 million, is South Korea's second-largest trade partner, with the two-way trade volume totaling US$149.1 billion in 2017, rising from $118.8 billion the previous year.