SEOUL, Aug. 1 (Yonhap) -- Prosecutors opened an investigation on Wednesday into a financial regulator's complaint that a pharmaceutical affiliate of Samsung Electronics Co. breached disclosure rules regarding a call option it gave to an American shareholder, officials said.

The Securities and Futures Commission, under the Financial Services Commission, concluded last month that Samsung BioLogics deliberately did not disclose that it gave U.S. firm Biogen the rights to buy stocks of its subsidiary, Samsung Bioepis, at a predetermined price.

The watchdog called for dismissal of the executive in charge at Samsung BioLogics and decided to seek a prosecution probe into the suspicions.

The Seoul Central District Prosecutors' Office said Wednesday it assigned the case to a team.

The FSC has a pending decision on Samsung BioLogics's suspected accounting fraud regarding the company's sudden swing to net profit in 2015. A civic group filed a complaint accusing the company of inflating the profit before its 2016 listing.

The drugmaker has claimed the swing was attributable to a change they made in line with international accounting standards that requires it to reflect its subsidiary's books by fair value instead of book value. 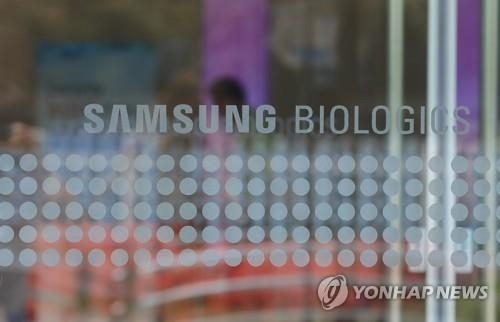