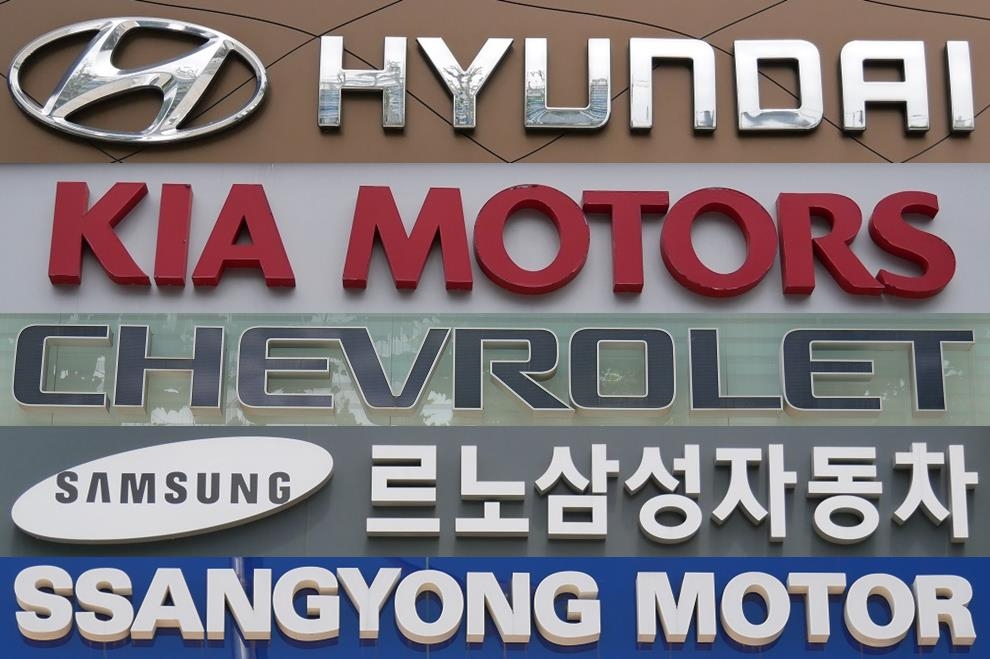 Hyundai's sales were affected by production losses resulting from partial strikes at local plants that were resolved in a wage deal reached last month, and sluggish sales in major markets, such as China, the top carmaker here said in a statement.

Hyundai and its 34 percent-owned affiliate Kia have yet to make a full rebound in China after suffering sharp sales declines last year due to the diplomatic row between Seoul and Beijing over the deployment of an advanced U.S. anti-missile system in South Korea, a corporate source said.

With an escalating trade dispute between the U.S. and China emerging as the biggest worry for carmakers, Hyundai plans to launch the all-new Santa Fe and the facelifted Tucson sport-utility vehicle in the United States in the second half to bolster sales. Kia plans to roll out its new K3 compact in the U.S. later this year, the companies said.

Hyundai and Kia, which together form the world's fifth-biggest carmaker, aim to achieve a combined sales target of 7.55 million vehicles for 2018, slightly higher than the 7.25 million units they sold last year.

In its broad self-rescue efforts, the GM unit plans to introduce 15 vehicles in the local market over the next five years. The Traverse SUV is the third model to be added to its lineup. GM owns a 77 percent stake in GM Korea.

Renault Samsung's sales plunged 20 percent on-year to 18,565 from 23,294 on lower demand for most of its vehicles. Renault S.A. owns an 80 percent stake in Renault Samsung.

The latest data showed that in the January-July period, overall sales of the five carmakers inched up 1.9 percent to 4.7 million vehicles from 4.6 million a year ago.