SEOUL, Aug. 2 (Yonhap) -- Analysts are divided in predicting which way the central bank will go on the key rate in August, their views given on Thursday showed.

Those projecting a rate hike cited the likelihood of matching the increase by the U.S. Fed, while those betting on a freeze tended to look at the still slow local economy.

The Bank of Korea's (BOK) governor, Lee Ju-yeol, told the parliamentary finance committee on Friday that on the condition the country's economic growth stays at its potential level and inflation meets the 2 percent range, the central bank may need to adjust its accommodative monetary stance. Lee, however, did not mention any time element.

The next key rate session is scheduled for Aug. 31.

"I expect the BOK to raise the policy rate to 1.75 percent at the August session," Baek Yoon-min of Kyobo Securities Co. said. "Factors for a rate hike are not great from the perspective of fundamentals, but a hike for more wriggle room in monetary policy and financial stability is valid, considering the global trend for rate normalization." 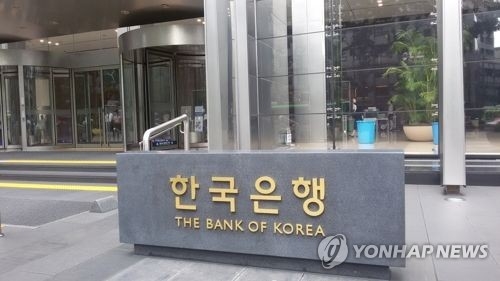 Lee Mi-sun of Bookook Securities Co. argued that a rate increase, at last once within this year, is inevitable in order to defend South Korea from financial risks arising from newly emerging countries.

"There is no guarantee that the fundamentals will turn more positive in the fourth quarter, so there is a chance of a pre-emptive rate raise in August. At least, there will be more minority views for a rate increase for a stronger signal of monetary tightening," Lee said.

Kang Seung-won at NH Investment & Securities Co. saw higher chances of a rate freeze, predicting inflation for July and August to fall below the BOK goal of 2 percent.

"Inflation in August is likely to fall far under the central bank's target, not meeting the conditions for a rate hike," Kang said. "What Gov. Lee said (at the parliament) is not a signal of a higher rate in August but a confirmation of a will for a hike."

Gov. Lee met with Finance Minister Kim Dong-yeon on July 16, just days after the BOK's rate decision, in which measures against various risks for South Korea's economy dominated the talks.

Koo Hae-young of Mirae Asset Daewoo Co. cited the meeting as a reason for projecting a rate freeze.

"The views by authorities about the economy in the latter half of this year do not seem light," Koo said. "The weight for the BOK will be on the side for a rate stay for the second half of the year, with the monetary policy of watching different economic conditions at home and abroad."
(END)