After a four-week inspection into brokerages, the Financial Supervisory Service (FSS) said it found that some direct market access platforms remain vulnerable to trading errors.

The platform is widely used for high-frequency trading, but critics say some types of direct market access could cause market disruption in case of malfunctions. 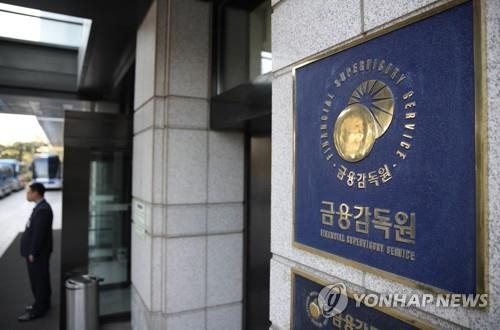 According to the FSS, some brokerages' direct market access platforms failed to meet a regulatory standard. Their platforms don't give a warning or halt buy and sell orders for the sale or purchase of a large amount of stocks.

Some brokerages also failed to meet such regulatory standards for block trade of foreign stocks, the FSS said.

The FSS advised brokerages to fix the flaws in their direct market access platform by the end of this year.

A massive fat-finger error by Samsung Securities in April has raised serious questions over whether the nation's trading environment is trustworthy.

The brokerage had originally planned to pay dividends of 1,000 won (US$0.93) to its employees. However, it mistakenly paid 1,000 shares for each stake owned by its workers.

The chaos happened after a Samsung Securities trader made a keyboard entry mistake, typing "shares" instead of "won" in Korean when sending the dividends to employees.

The brokerage accidentally issued 112 trillion won worth of "ghost stocks," and 16 employees at Samsung Securities sold off a combined 5.01 million shares. The sell-off occurred despite advisories about the mistake being sent to employees, raising concerns about the brokerage's trading system and moral hazard among its workers.