ULSAN, Aug. 2 (Yonhap) -- South Korea's first floating offshore wind turbine will enter test operations off the coast of the southeastern city of Ulsan in the first half of next year, the city government said Thursday.

The 16 billion won (around US$14.27 million) project will make South Korea the fifth country to run a floating wind farm following Norway, Britain, Japan and Portugal.

The project to build the 750-kilowatt turbine was launched in 2016 jointly with the University of Ulsan, Mastek Heavy Industries Co., Unison and Seho Engineering Co.

Ulsan plans to build an offshore wind power complex with 50 floating turbines by 2022 with an investment of 1.5 trillion won.

South Korea plans to install offshore wind farms with a combined capacity of 12 gigawatts as part of its long-term goal to increase the proportion of renewable energy to 20 percent by 2030. 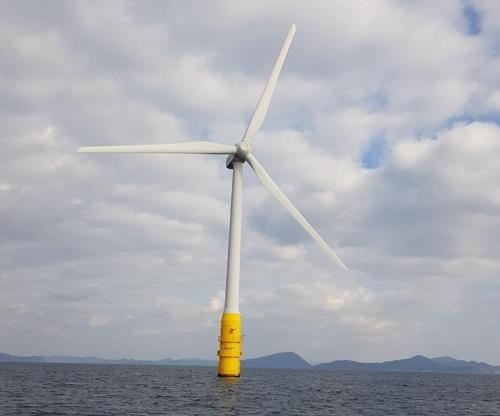