SEOUL, Aug. 2 (Yonhap) -- Prosecutors raided the Ministry of Foreign Affairs on Thursday as part of a probe into a massive power abuse scandal involving a former top court chief and the previous Park Geun-hye government.

Prosecutors are investigating allegations the top court's administrative body under then Supreme Court Chief Justice Yang Sung-tae sought to use politically sensitive trials as bargaining chips in its dealing with the presidential office Cheong Wa Dae.

Yang and his officials allegedly came up with the whole idea to gain presidential approval for his bid to establish a court of appeals in the South Korean judiciary in an apparent attempt to further strengthen the top court chief's power.

One of the trials he picked was a compensation suit filed by Korean victims of Japan's forced labor during World War II against two Japanese firms. The South Korean top court already ruled in favor of the victims in 2012, but its re-appeal had been pending at the court for unclear reasons until the court resumed the hearing last year.

Prosecutors said Thursday's raid at the foreign ministry was to obtain evidence related to the allegation regarding the trial. They suspect Yang proposed to the ministry a ruling in their favor in exchange for giving judges more opportunities for state-funded overseas study.

The conservative Park government signed a controversial agreement in 2015 with Tokyo under which Korea will no longer seek an apology from Japan for the 1910-45 colonial rule in return for a 1 billion yen (US$8.95 million) provision. The deal sparked a strong backlash from the liberal bloc, and the succeeding Moon Jae-in government has said the deal was "gravely flawed."

A Seoul court issued the search warrant late Wednesday only for limited ministry divisions that are specifically related to the case.

Prosecutors have sought court warrants to search the NCA, judges' offices and other properties in connection with the alleged power abuses. But the court has turned down most of the requests, citing a lack of grounds for the need to issue the warrants. 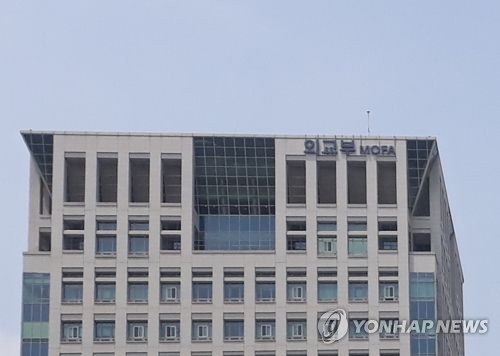