SEOUL, Aug. 2 (Yonhap) -- LG Electronics Inc. saw its shipment of smartphones around the globe hit a five-year low in the second quarter, data showed Thursday, continuing to lose its presence on the world stage.

The South Korean tech giant shipped 9.5 million units around the globe to make up just 3 percent of the market in the April through June period, the data compiled by industry tracker Strategy Analytics said.

According to Strategy Analytics, LG Electronics' shipment of smartphones in the April-June period was the lowest among the previous 20 quarters.

The division would have posted an operating loss for the 13th consecutive quarter in the three-month period if the segment had not posted modest earnings in the first quarter of 2017 following a last-minute adjustment from reflecting accessories sales. The company has continued to lose money in the area since then. 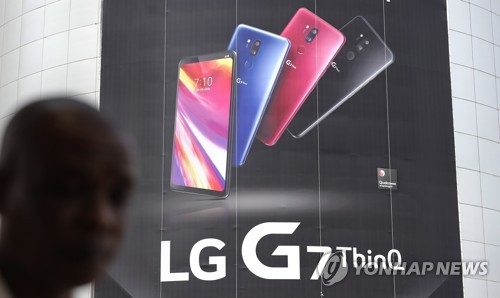