SINGAPORE, Aug. 2 (Yonhap) -- North Korean officials remained tight-lipped Thursday in front of media outlets in Singapore, as they prepared to participate in a regional forum.

Pyongyang will send its Foreign Minister Ri Yong-ho to the ASEAN Regional Forum (ARF), slated for Saturday, as the nation's chief delegate.

Ri plans to arrive in Singapore on Friday morning. He was spotted at a Beijing airport earlier Thursday, apparently having flown from Pyongyang on a Air Koryo plane.

He was soon whisked away by a car. There's no direct flight between North Korea and Singapore. 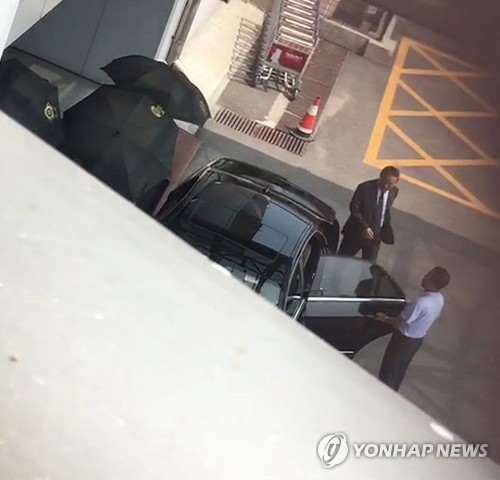 An advance team of North Korean officials, led by Kim Chang-min, director-general of the foreign ministry's international organization bureau, is already in the city-state.

In the face of some questions from a South Korean reporter, a North Korean official accompanying Kim was guarded.

"I have nothing to say for now," he said, when asked about the possibility of bilateral talks between the top diplomats of the two Koreas on the margins of the ARF and discussions on the declaration of a formal end to the Korean War.

Speaking to South Korea media who knocked on the door of the North's Embassy in Singapore, an embassy official also reiterated he has no comment.