SEOUL, Aug 2 (Yonhap) -- The number of people suffering from heat-related health conditions is expected to skyrocket this year to well over 20,000 as record high temperatures grip most parts of South Korea, the government said Thursday.

According to the National Health Insurance Corporation (NHIC), 20,964 people visited hospitals for various reasons, including heatstroke and heat exhaustion, in 2016, with numbers falling to 18,819 people last year.

The average mercury stood at 26.7 C in August 2016, lower than the 26.8 C tallied for July of this year. On Wednesday, South Korea sizzled to its highest recorded temperature of 40.7 C, with the numbers for Seoul reaching the highest since record keeping began 111 years ago.

The current heat wave is forecast to continue through early August, with the number of people with heat-related diseases to exceed the previous record reached two years ago, the NHIC said. 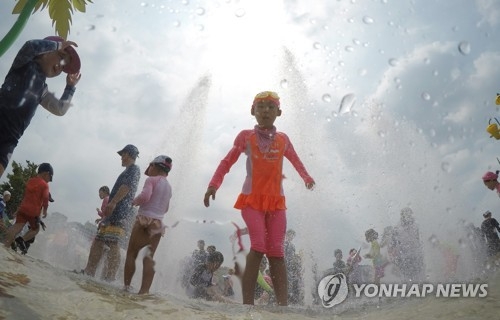