JINCHEON, South Korea, Aug. 2 (Yonhap) -- South Korean taekwondo star Lee Dae-hoon has been winning everything in sight in the lead-up to the Asian Games, and he is hoping the streak doesn't end at the continental event.

Lee is a two-time defending Asian Games champion in the men's 63-kilogram division. He topped the national team trials in the 68kg division, and also won the 68kg title at the first Grand Prix stop of the season in Rome in June. Lee will be a gold medal favorite once again when the Asian Games start in Jakarta and Palembang, Indonesia, on Aug. 18.

"I've been doing well in recent events, and that's given me some confidence," Lee said Thursday at the Jincheon National Training Center in Jincheon, 90 kilometers south of Seoul. "On the other hand, I have some fears that I may be due for a loss. I just hope it won't come at the Asian Games."

Now 26 with a couple of Olympic medals also to his credit, Lee said he was just an excited teenager who didn't know any better when he made his Asian Games debut in 2010. He's now able to draw on his past experience.

"I think I can handle pressure better," he said. "The most important thing is not to be injured. I am not quite 100 percent yet, but it only matters how I feel once I am there. I'll make sure I don't get overconfident and just take one match at a time." 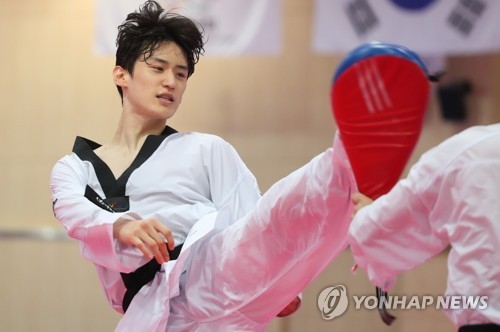